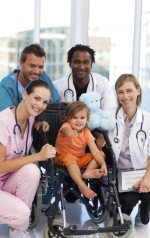 Helping our clients navigate the complex world of Arkansas Medicaid is one of our specialties. Our firm has been involved with Arkansas healthcare issues since the early 1990s and we are familiar with the workings of not only the legislative health committees but with the Department of Human Services and the Arkansas Health Department as well. Over the years our representation of pharmaceutical companies, health care clients and those directly involved as Medicaid vendors gives us a unique perspective on client needs.

The new Arkansas Medicaid Payment Imitative brings unique opportunities and challenges to the Arkansas health care community and we are uniquely positioned to help your firm with strategic planning, legislative monitoring and advocacy.

One of the biggest challenges facing state government today is how to pay for the ever increasing cost of Medicaid and how to deal with the potential growth of the eligible populations. During the period prior to the economic downturn which began several years ago, the abundance of both federal and state revenues allowed the programs to grow and extend coverage to an ever larger population of needy individuals.

Once the economy began to slide into recession, the availability of funds from the state level and now from the federal government has begun a slowslide downward. Arkansas is facing a potential shortfall in 2013 ranging from a forecasted low of $250 million to perhaps as much as $400 million depending on a number of factors, not the least of which is the president’s health care initiative, which could add potentially 250 thousand people to the Medicaid rolls in Arkansas. This shortfall is going to affect everyone and every firm that does business with the state of Arkansas. Medicaid clients, pharmaceutical companies, doctors, druggists, hospitals, nursing homes, healthcare agencies and literally every business and citizen of Arkansas will be affected in some manner. The potential shortfall and possible solutions, such as raising taxes or cutting services, are being discussed every day at all levels of state government. If you are a provider you need to be aware of these discussions and the impact of potential solutions on your business.

We at Fuller Enterprises can help. We monitor Arkansas house and senate hearings and network with key legislators and staff. As the state of Arkansas searches for potential solutions in its efforts to care for its citizens in the most cost effective manner, we can keep you and your firm in the loop. In short, we can help you get a seat at the table and make your voice heard as the critical decisions are being discussed.﻿

Find Us on Facebook and Other Social Media Networks.

Recommend this page on:

Signup for our Newsletter