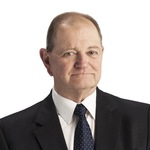 For over 25 years former Representative Ron Fuller of Little Rock, Arkansas, has been involved in the legislative process and Arkansas politics. As the one-time owner of a full service media and advertising agency, he has been involved for a number of years in the management of various associations and has spent the last three decades building relationships both in and out of government. His firm has represented and lobbied for numerous Fortune 500 companies, and he is involved in both political and private sector activities throughout the state of Arkansas. He serves on numerous state and city boards and is well respected on both sides of the political aisle in Arkansas. He is intimately familiar with the inner workings of Arkansas government and understands the value of networks and coalition building.﻿

Ron Fuller holds a History and Education  degree from Henderson State University and is a former Army Infantry Officer serving 4 years on active duty and 16 in the USAR. He has attended numerous management and public relations seminars and workshops for over 20 years. He served three terms in the Arkansas House of Representatives and has been involved in numerous campaigns and issues affecting AR and its citizens since the mid-1980s. ﻿

Find Us on Facebook and Other Social Media Networks.

Recommend this page on:

Signup for our Newsletter